The quickest way to get to the Bay of LA is to take the Mexico 5, South from the Calexico border. From there it’s about a 10-hour drive down the beautiful coastline. The drive down is absolutely gorgeous with deep blue water filled with islands throughout the bay, and beige/reddish mountains filled with two kinds of cacti on the other side.

While driving to Bahia de Los Angeles you pass by a few of the other popular cities and destinations in Mexico, which are: San Felipe, Puertecitos, and Bahia San Luis Gonzaga. Some people opt to stop at one of these areas to break up the drive, and see what fun things there are to do around there.

The town of Bahia de los Angeles is very small, but has a couple convenience stores, two gas stations, a few Hotels, and a few campgrounds. The gas stations have been known to run out of gas, especially during Holidays and peak weekends, so I would recommend filling up at the last Pemex before entering the town of the Bay of LA.

The Bahia de Los Angeles weather tends to be colder and windier during the months of December to February with average temperatures around 50 to 60 degrees Fahrenheit. March through May tends to see temperatures in the 60 to 90 range with less wind, and the months of June through September seem to be the hottest months with the most humidity. October and November get a good mix, but mostly resemble the months of March and April.

The fishing in Bahia de Los Angeles is great around the months of May to June. These are the month where the bigger game shows as the warmer water comes through. Some of the bigger species include, but are not limited to: Yellowtail, Dorado, Corvina, and some Barracuda.

Villa Vita and Guillermo’s are the two original Hotels in the area that offer restaurants, bars, and rooms with air conditioning. Villa Vita also rents out RV spaces for those traveling with them. A couple new Hotels have been added to the area just north of town that are nice as well, with all the amenities (such as WIFI) you need.

While camping in Bahia de los Angeles isn’t recommended in the summer months, there are a few different campgrounds in the area. One thing about camping in the Bay of LA (or visiting in general) is to remember that you are in an extremely remote area, with limited medical facilities. The nearest “hospital” is located about 2 hours away in the town of Guerro Negro.

The best month to camp in the Fall is October. Here’s a list of suggested gear that you should have with you:

In recent years, Baja’s wine country has grown tremendously in popularity. The number of wineries has nearly doubled since 2014 with over 150 wineries in Baja Norte. The different valleys{...} 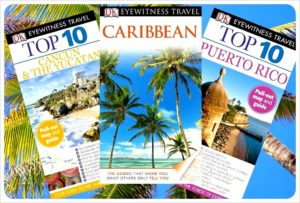